Recently there’s been a rise in locavore hunters—people who hunt not because of tradition or trophies, but because they’re conscientious eaters, seeking a deeper understanding of where their food comes from. This difference in motive, however, doesn’t make these “locavores” any less passionate about the sport. In fact, this group is a possible reason for the 9% increase in the number of hunters in the U.S. between 2006 and 2011.

What exactly makes a conscientious eater take the leap from simply eating locally harvested foods to grabbing a bow and hunting on their own? According to writer and former vegan Tovar Cerulli, the first step was recognizing that everything he ate had a cost to animals.

“Clearing land for agriculture destroys wildlife habitat. Birds, rabbits and rodents get minced by grain combines, and fish get poisoned by fertilizer and pesticide runoff. Growing crops of all kinds depends on keeping white-tailed deer populations in check: hunters and farmers kill them by the millions every year. Even in the garden my wife and I were growing, we had to deal with ravenous insects and fence-defying woodchucks. We also had to feed the soil, and the most readily available fertilizer came from local dairy farms.” 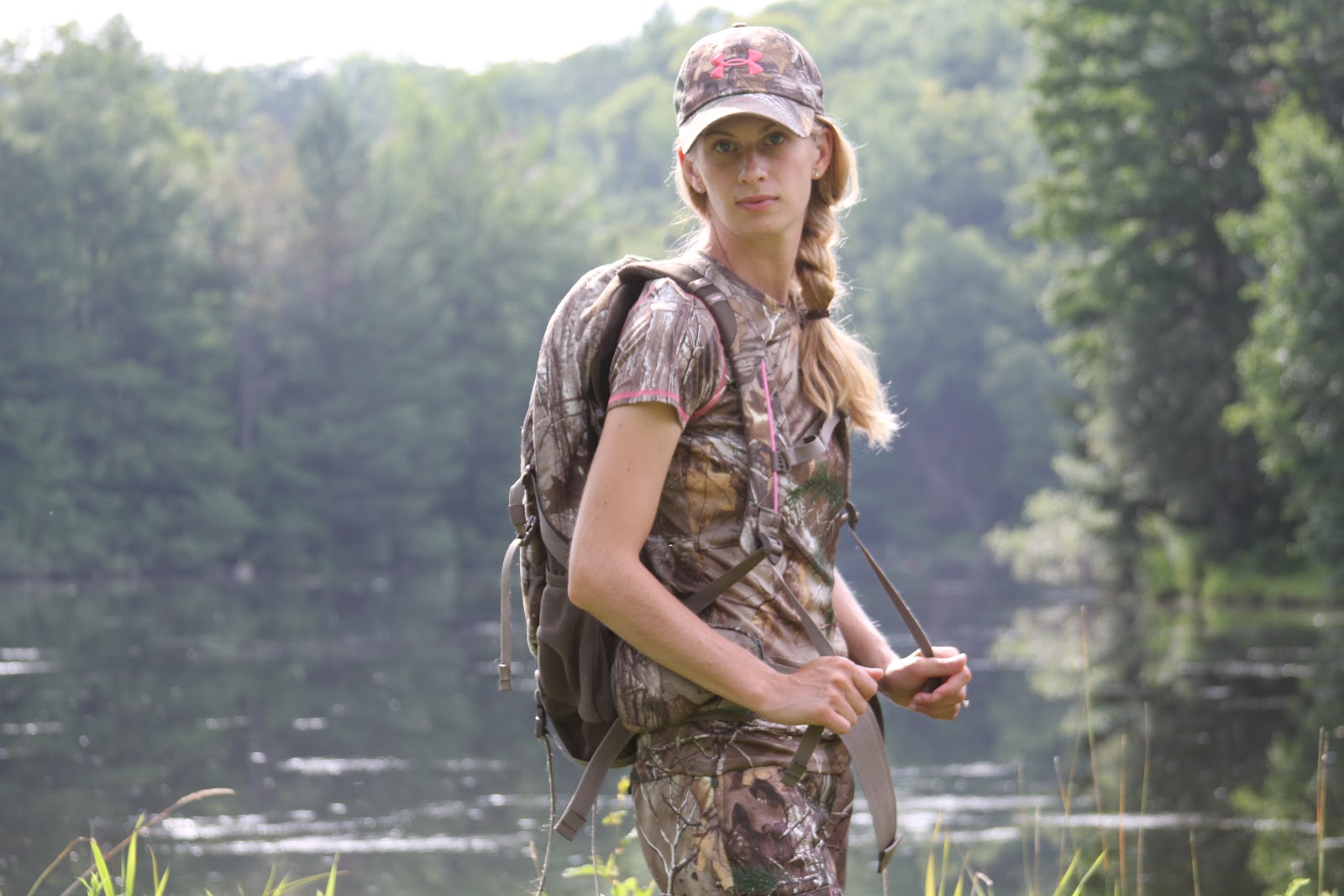 Another factor is nutritional value. Writer Kristen Schmitt, pictured above, made the switch from vegetarian to meat eater after a recommendation from her doctor: “I wasn’t getting enough quality protein in my diet and decided to switch back to an animal-based diet.” Tovar was given similar instructions from his doctor, who suggested that veganism may have been the cause of his lack of energy and weak immune system.

Why not just head to the grocery store and pick up packaged meat? Both Tovar and Kristen say that there is much more to it than that. Tovar explains that he took up hunting “as a way of confronting mortality: the fact that my life and diet are inextricably linked to the lives and deaths of animals, and the larger fact that all of nature exists this way.”

For Kristen, the benefits of hunting are having a connection with the food on her plate, and knowing how nature plays a part in everything she consumes. She also says that hunting is important from an ecological and environmental standpoint. “You are taking essentially one animal out of its natural and native environment, which leaves less of an ecological footprint than commercial-sized farms.” 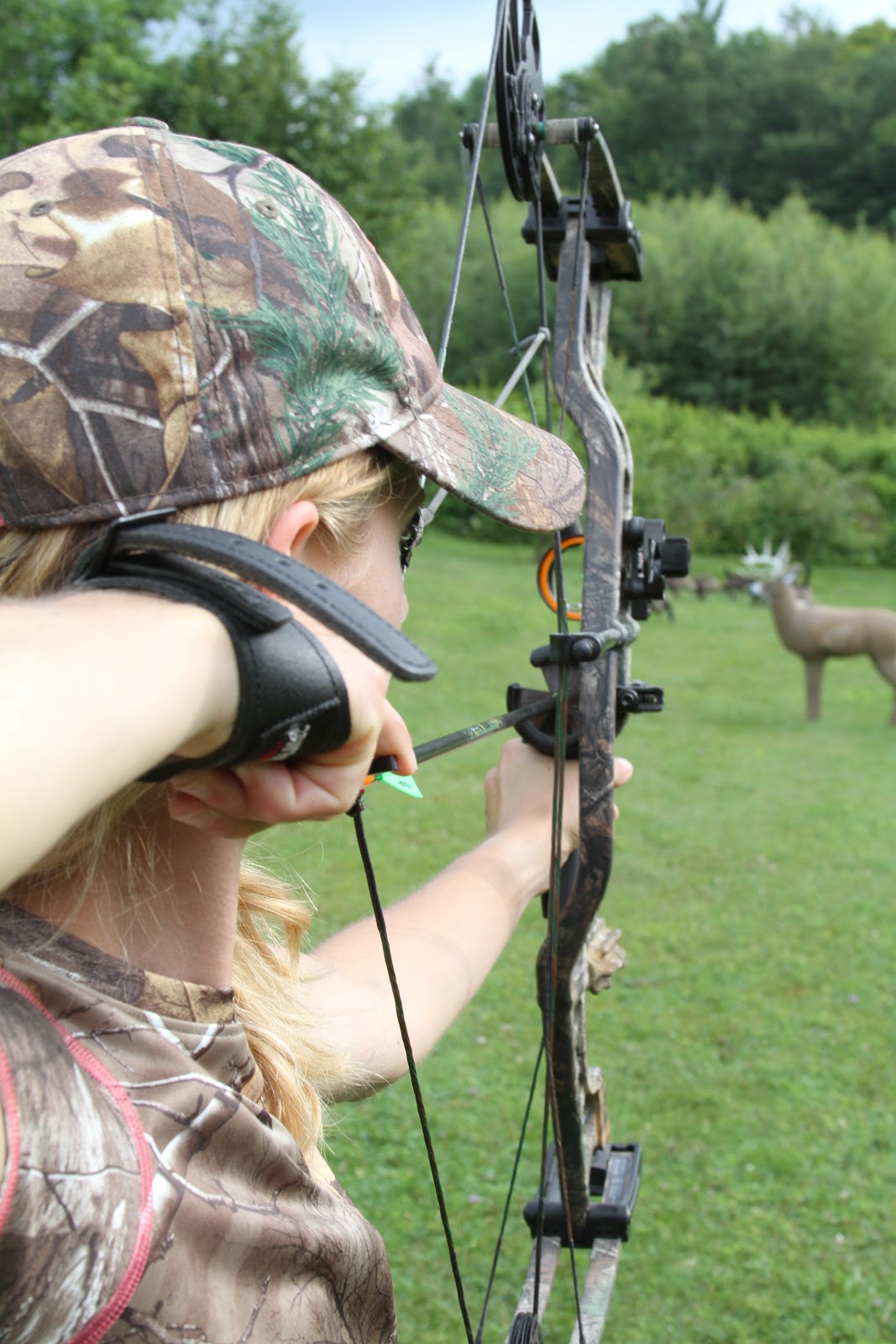 With the rise of locavores, another group has been quickly growing in the hunting world—women. When asked if she would suggest hunting to other women, Kristen said, “I would definitely recommend anyone who is interested in hunting give it a try. It brings you closer to nature, gives you confidence in your abilities, and is a very empowering activity. I enjoy spending time outdoors practicing archery and also teaching my daughter how to use her bow.”

So whether you hunt because of tradition, or because you value locally harvested food, one thing’s for sure—hunting is time well spent. Don’t believe me? Take it from Kristen, who says “hunting is a great way for families to spend time together—away from the computer or television screens.”

Looking to take the first leap into the hunting world? Start studying for your hunting certification for free with Hunter Ed™.

Tovar Cerulli has written on hunting, wildlife, forestry, and conservation for Outdoor America, High Country News, Northern Woodlands, Massachusetts Wildlife, and TheAtlantic.com, among others. His first book, The Mindful Carnivore: A Vegetarian’s Hunt for Sustenance, has drawn praise from hunters and vegetarians alike and was named Best Book of 2012 by the New England Outdoor Writers Association.

Hunting With Robots: Using Drones in the Field

There’s been a debate raging in the world of hunting revolving around a small piece of flying tech—drones. The Federal Aviation Administration simply defines drones as unmanned aircraft systems. Of course, in the world of hunting, those unmanned aircraft systems include cameras with video capability to scout and track game. This single attribute seems to be the wedge driving pro-drone and anti-drone hunters further and further apart.

(While reading, keep in mind that the opinions expressed in this article in no way reflect the views of the author, Hunter Ed™, or Kalkomey Enterprises Inc. The intent of this article is to simply spur discussion.)

On one side of the debate are hunting purists, who stress the importance of “fair chase.” Those opposed to drones feel the robots could give some hunters an unfair advantage. If someone could afford it, what’s to stop a hunter from buying a whole fleet of drones to scout an area while hunting? To the hunter that enjoys spot and stalking, this could make the sport way too easy for those who are less passionate about “the chase.”

Hunters aren’t the only ones who could be cheated by drone use. Illinois State Sen. Julie Morrison told the Pantagraph that the use of drones isn’t “fair for hunters and fishers who are seriously into the sport, and it’s not fair for the animals that deserve a chance to escape.”

Morrison is one of many lawmakers gunning for drones in the world of hunting. She recently proposed legislation in Illinois that would make the use of drones while hunting a misdemeanor criminal charge. This is similar to a bill recently approved in Michigan, which prohibits hunters, and those wishing to harass hunters, from using drones in the field. This follows the trend started in Colorado, Montana, Alaska, and Saskatchewan, where legislators have banned the use of unmanned aircrafts to locate game.

Still not sure what to think about drones and hunting? Consider what outdoor enthusiast Mia Anstine had to say:

“When I’m asked about ‘hunting with drones,’ I often have to step back a bit to clarify the meaning. In most instances, the drones aren’t used to hunt animals but rather scout or locate them. In my personal opinion, the use of drones in hunting should be similar to the ‘no-fly’ rules in the state of Colorado. A hunter should not be able to use the aerial camera for ‘X’ amount of days prior to the hunt. I’m not too excited about using cameras to locate animals during the event, but I AM excited about the awesome footage filmmakers and photographers are capturing with the use of drones.”

Drones: What Are They Good For?

Those who support the use of drones for hunting see the tiny unmanned aircrafts opening up a new world of possibilities for hunters. Rather than driving around scouting an area before hunting season, hunters can sit in one stationary location and send their drone out to survey the area for them. Drones also provide new perspective when observing nature: what your binoculars can’t see, a drone can. This simplification could make hunting seem more attractive to those who want to try the activity, but aren’t too keen on “getting their hands dirty.” It could also improve accessibility, allowing those who aren’t as mobile to join in on the fun.

Drone supporters also point out that hunting is no stranger to technology, with hunters using trail cameras, cell phone apps, and GPS devices to assist them. Keeping this in mind, drones can be seen as “just another piece of gear.”

What side of the fence are you on? Do you support the use of drones in hunting?

Whether you are pro-drone or anti-drone, we can all agree that the best kind of hunting is safe hunting. Stay safe and get certified through Hunter Ed™.